Welcome to the January 2015 edition of Righting Crime Fiction. I’m going to change gears a little and talk about terminology. I received an anonymous message from someone suggesting I write a blog about the difference between a “clip” and a magazine, because, Anonymous surmised, “Many writers do not seem to understand this distinction.” Anonymous may be correct, so I’ll explain the difference for those who don’t know. However, it is also possible many writers do know the difference, but they choose to call a magazine a “clip”, because the term is widely accepted as being synonymous with “magazine”.
I am not bothered by the use of slang to convey a message, especially when the term used is universally understood, but Anonymous’ comment reminds me that some folks are rigidly opposed to substituting slang for gun terminology. Thus, I will seek to explain the difference between a magazine and a “clip”, while offering a word of caution, along with my own opinion on the matter (because I am, by nature, a very opinionated person—just ask my wife).
MAGAZINES, CLIPS, AND A YOUNGER ME
Quite simply, a magazine is a container that stores ammunition and feeds it to a repeating firearm. The feeding mechanism is usually a spring or coil that applies pressure to a follower that pushes the stack of ammunition toward the opening. The bullet closest to the opening is stripped away and “fed” into the chamber when the slide or bolt is released, and the next round is then moved into the “ready” position.
Magazines come in different shapes and sizes, can hold from as little as a few rounds to as many as a hundred rounds of ammunition, and can be fixed or detachable. Examples of firearms that have detachable magazines are the Colt AR-15 semi-automatic rifle, the Glock 22 semi-automatic pistol, and the Accuracy International AE bolt-action sniper rifle. The following photograph depicts these magazines as they appear when detached from the weapons (earlier blog posts depict these weapons with the magazines attached): 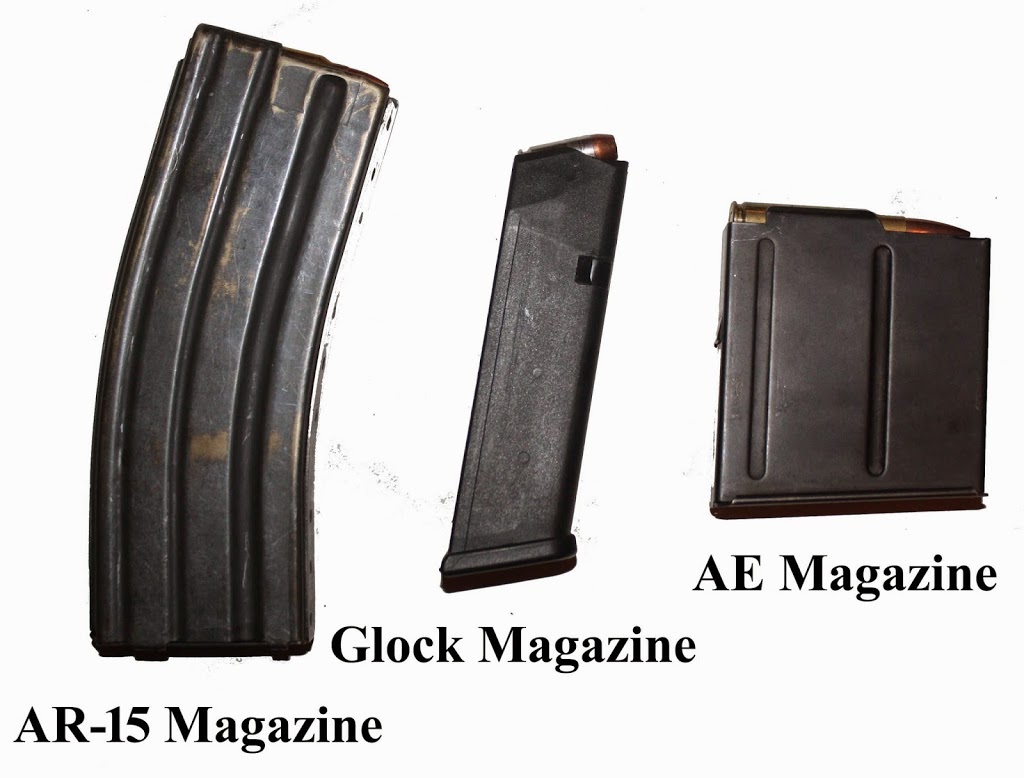 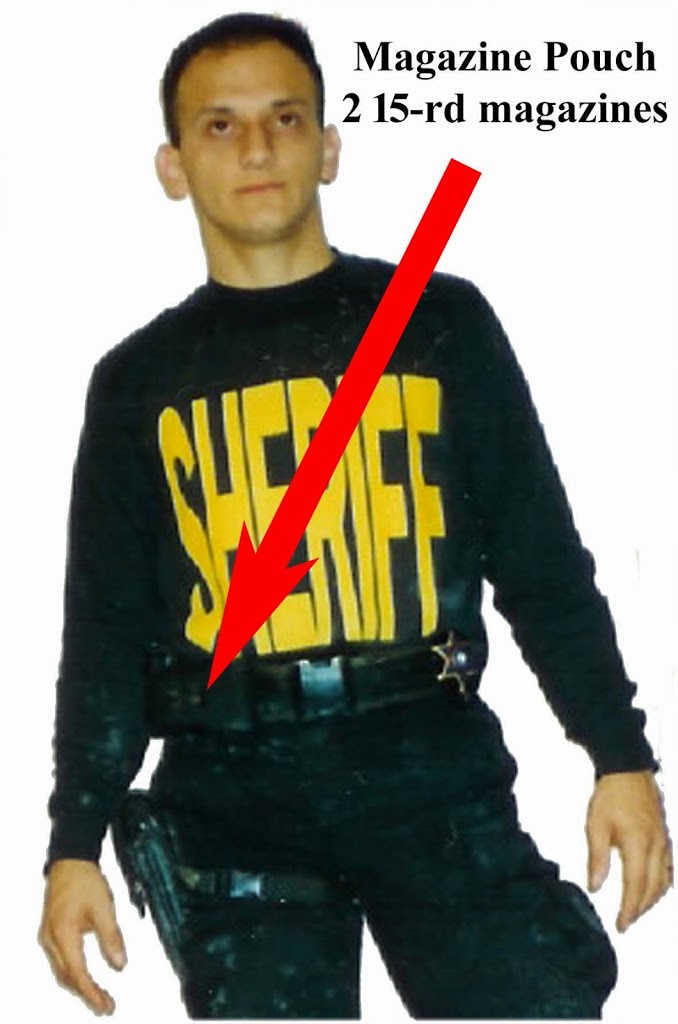 A clip is a device that holds multiple rounds of ammunition together as a unit, in preparation for being inserted into an empty magazine on fixed-magazine weapons, or into a cylinder on revolvers. Clips also come in different sizes and shapes, such as the moon clip for loading revolvers, the en-bloc clip for loading the M1 Garand, and stripper clips for loading the SKS semi-automatic rifle. The following photograph depicts five empty stripper clips and one fully loaded clip:

When I shoot the SKS until it is empty, I basically have two loading options: 1) start hand-feeding individual bullets into the magazine or 2) use a stripper clip to load the magazine more rapidly. (Once you’ve done this a few hundred times, you’ll really start appreciating detachable magazines.) In the following series of photographs, I illustrate how stripper clips work to load a fixed magazine on an SKS semi-automatic rifle.
Insert the stripper clip into the pre-designated notches: 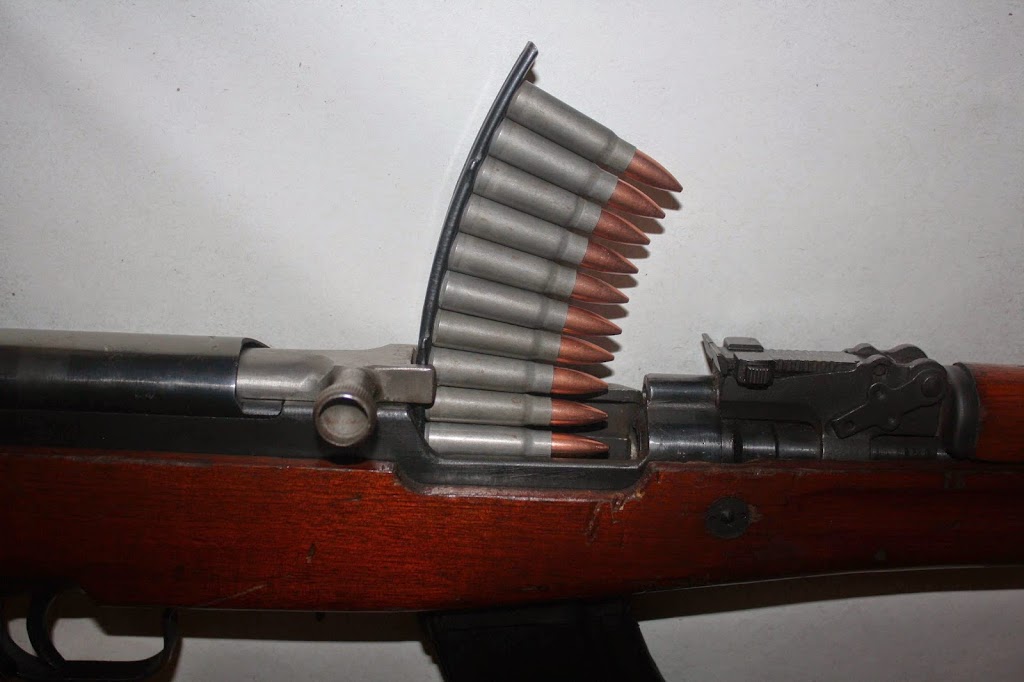 Begin pushing down on the string of rounds, forcing them into the magazine: 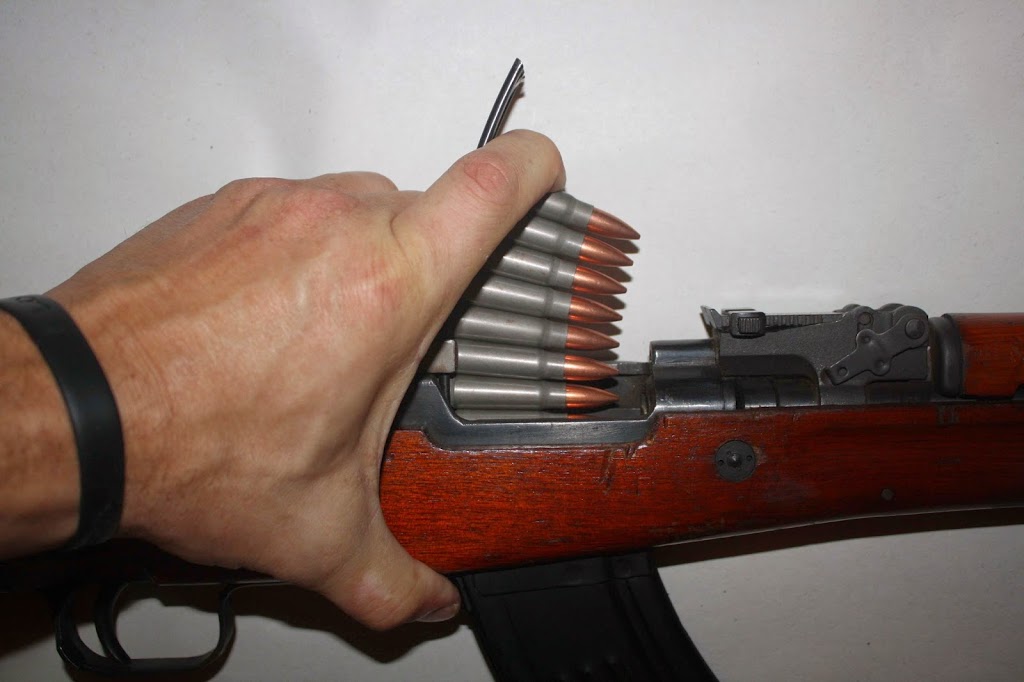 Continue pushing until the last round has made it into the magazine: 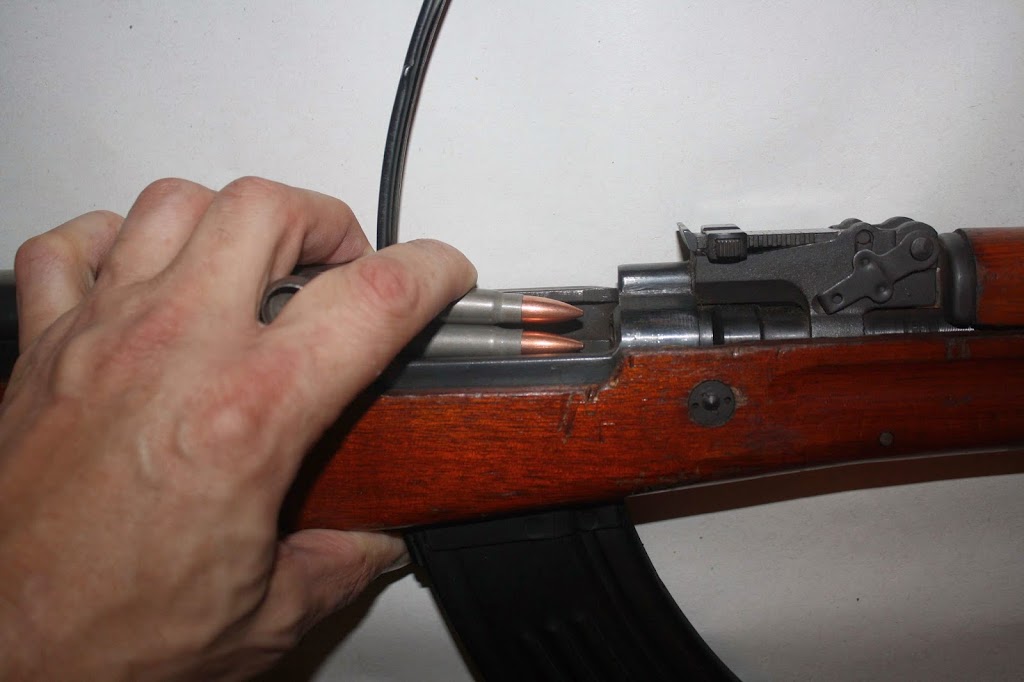 A fully loaded fixed magazine with the empty stripper clip still in place: 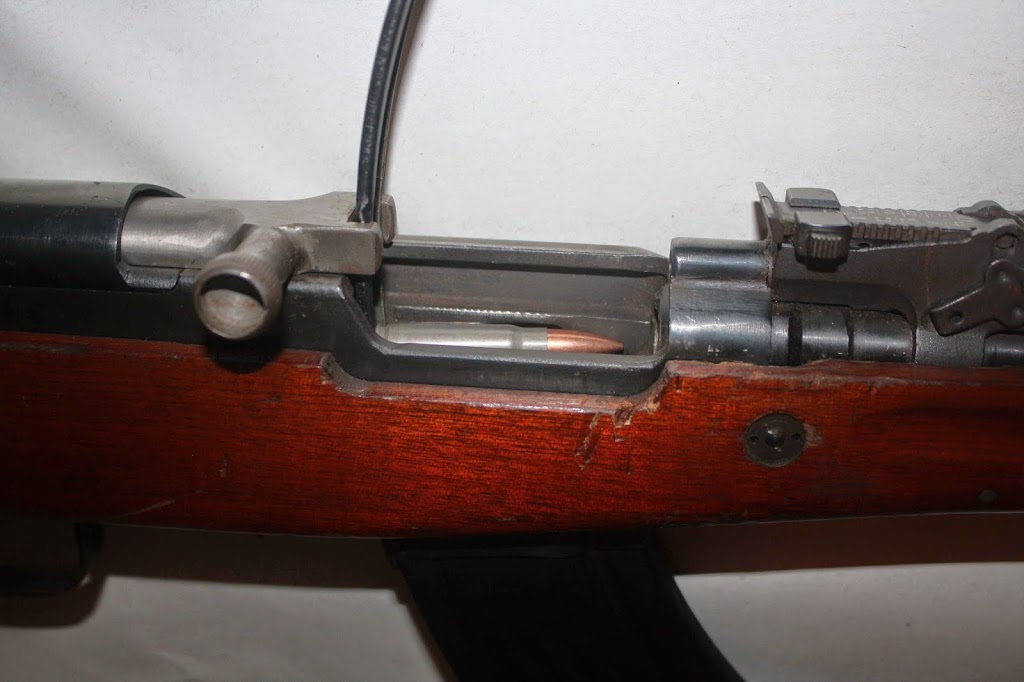 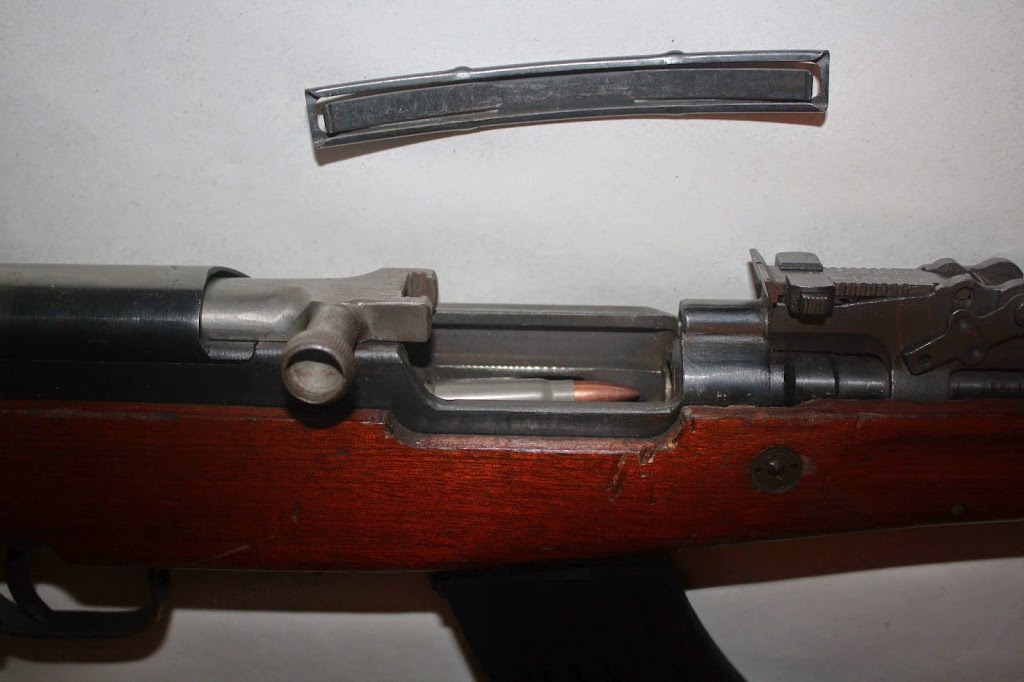