For the December 2014 segment of Righting Crime Fiction, I will continue talking about how you can use firearms evidence to solve your fictional crimes that involve guns, with a focus on spent shell casings and the link between casings and firearms.
FIRING PIN FINGERPRINTS
A bullet casing can be scarred in a number of ways upon being fired and ejected from a firearm, but the most beneficial and telling “scar” would be from the firing pin. When a firing pin strikes the primer (on centerfire bullets) or the rim (on rimfire bullets), it leaves a unique mark similar to a fingerprint. What happens is this: the firing pin strikes every bullet it fires in the same way each and every time (unless there is damage or some other change to the weapon), which leaves the exact same imprint each and every time. This “fingerprint” left by the firing pin is extremely helpful in determining if a particular firearm fired a particular bullet casing.
CENTERFIRE VERSUS RIMFIRE
What’s the difference between centerfire and rimfire? Quite simply, the firing pin on a centerfire weapon will strike the center of the casing’s head (the primer), while the firing pin on a rimfire weapon will strike the rim of the casing’s head (where the priming compound is located). Most modern firearms are of the centerfire variety. However, there are still numerous rimfire weapons available, many of which fire the very popular .22 caliber bullet.
Plinkerton .22 Caliber Single-Action Revolver 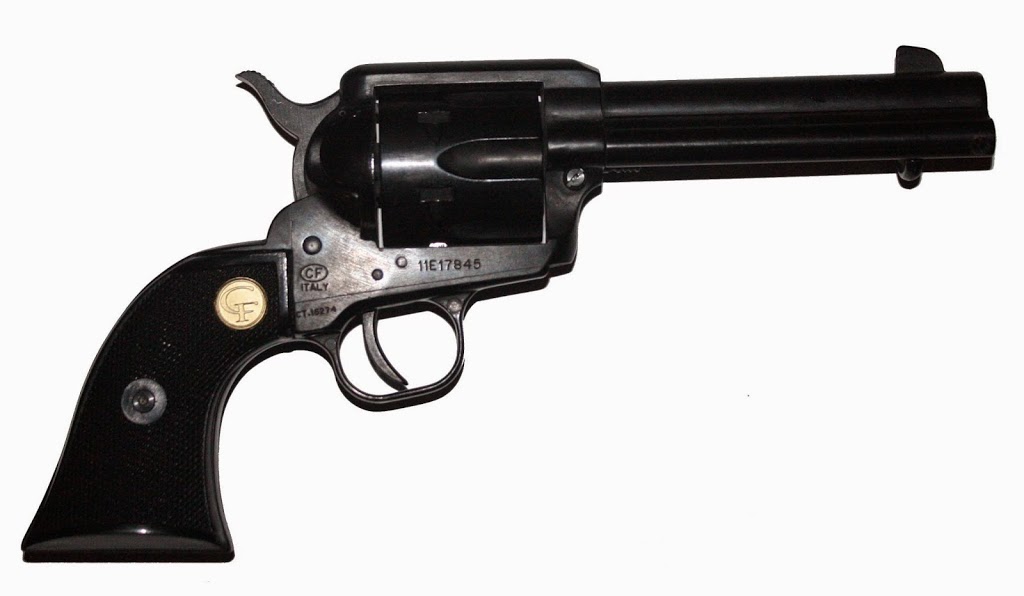 NOTE: The following two photographs demonstrate the difference between a centerfire bullet and a rimfire bullet. In both photographs, the unfired bullet is to the left and the spent shell casing is to the right.
Centerfire Bullet/Casing 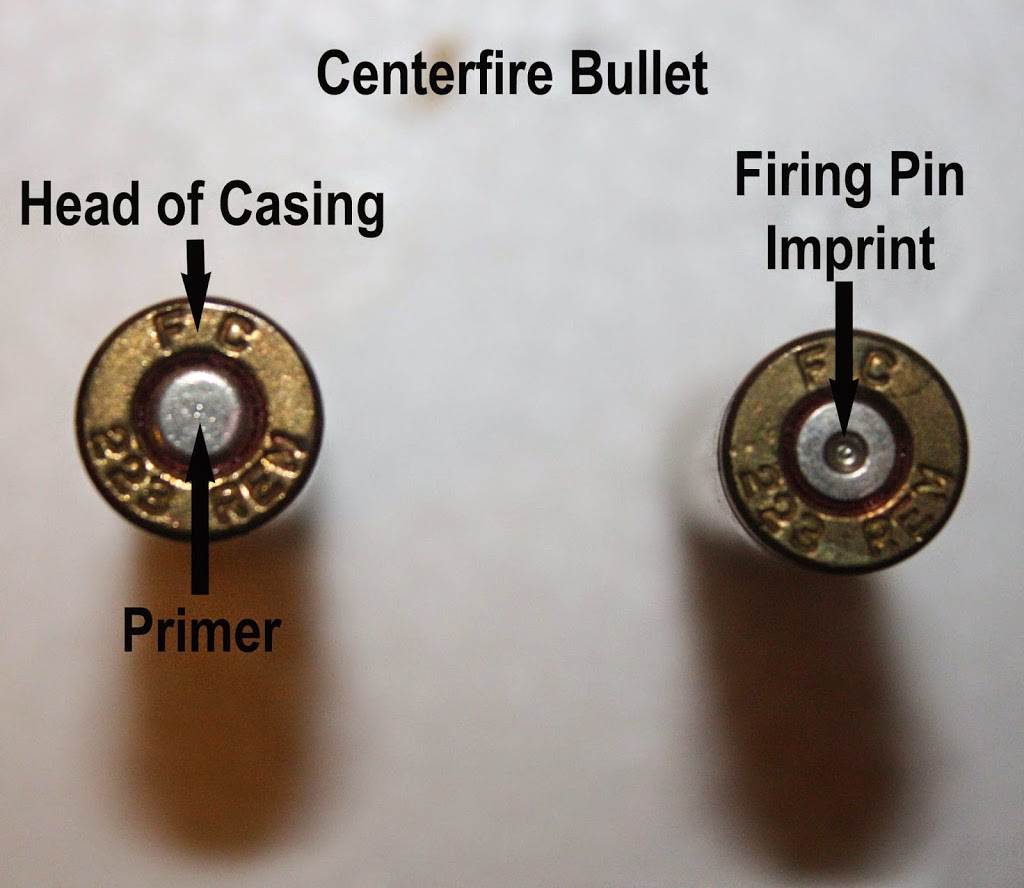 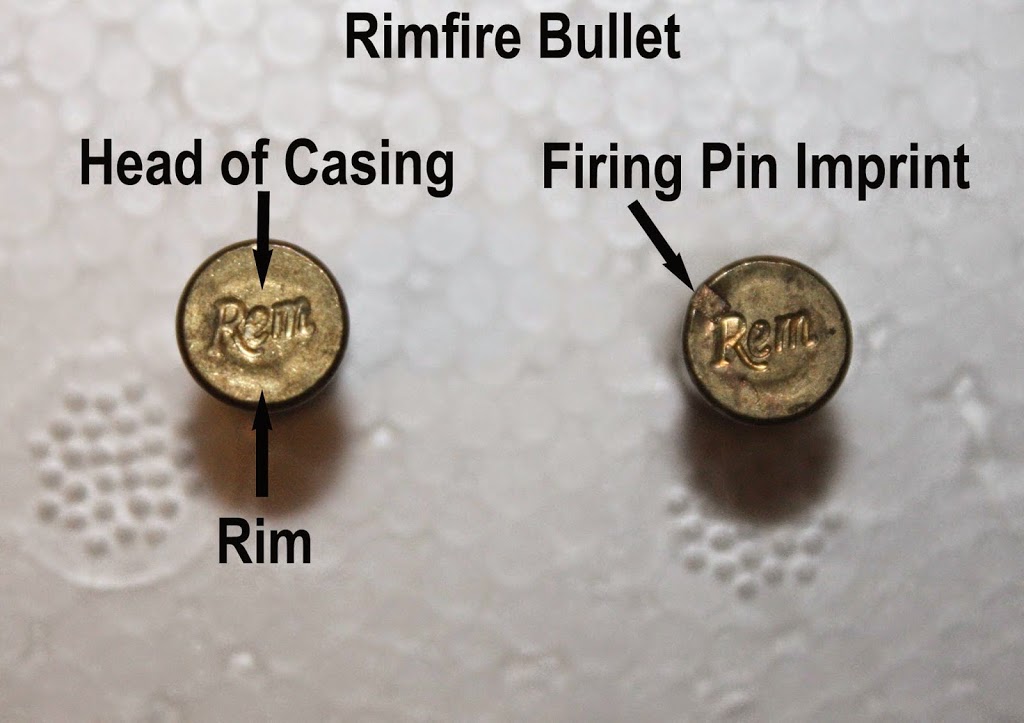